Arakawa: Diagrams for the Imagination

Gagosian Gallery will present an exhibition of works by Arakawa.

What I want to paint is the condition that precedes the moment in which the imagination goes to work and produces mental representations.
—Arakawa

Gagosian is pleased to present Diagrams for the Imagination, an exhibition of works by Arakawa, made between 1965 and 1984.

Born in Japan in 1936, Arakawa was one of the founding members of the Japanese avant-garde collective Neo Dadaism Organizers, describing himself as an “eternal outsider” and an “abstractionist of the distant future.” In 1961, he moved from Tokyo to New York. By the mid-1960s, his work had taken a pivotal turn with the “diagram paintings,” which combine words with highly schematic images suggestive of blueprints. He began exhibiting at Dwan Gallery in Los Angeles and New York, and was included in the now legendary 1967 exhibition Language to be looked at and/ or things to be read. Over the decades that followed, Arakawa explored the workings of human consciousness, diagrammatic representation, and epistemology.

This exhibition examines the period during which Arakawa worked in two dimensions, using paint, ink, graphite, and assemblage on canvas and paper to demonstrate what critic Lawrence Alloway called “the logic of meaning, the texture of meaning.” From the mid-1960s onward, Arakawa began to augment the simple topography of his diagrams with additional referents, sometimes engaging other sensory faculty or using prompts and instructions to make the viewing of painting into an active endeavor. In A Couple No. 2 (1966­–67), the bird’s-eye view of a bedroom is mapped out: bed, table, pillow, head, foot, lamp. The image shows only the places where the corresponding physical elements would be, had “a couple” been literally depicted. In this way, the painting becomes a catalyst for the viewer to independently construct an image of a couple in the mind’s eye, rather than receive its depiction directly from the painting.

Blank Lines or Topological Bathing (1980–81) comprises four canvases: a color chart; a vision test chart; and two patterned, off-white canvases, one of which is stenciled with the words “THE PERCEIVING OF ONESELF AS BLANK.” Signs and diagrammatic shapes such as cylinders, arrows, and concentric circles mingle with words and phrases, abstract and semiological signals coming together on the canvas. Arakawa constructed these systems of words and signs to both highlight and investigate the mechanics of human perception and knowledge. Working often with Madeline Gins, his wife and collaborator, Arakawa turned his attention primarily to architecture after 1990, and, in 2010, he and Gins founded the Reversible Destiny Foundation. In his work, the image is often merely a stimulus, as the ultimate act of representation is displaced from the canvas, or object, to the imagination of the viewer, opening up a gap between the eye and the mind. As Arakawa has stated, “Understanding is usually beside the point.”

The exhibition will be accompanied by a fully illustrated catalogue, with an essay by Charles W. Haxthausen.

・ARTNEWS: Arrows to Everywhere: Paintings by Arakawa Beguile at Gagosian in New York 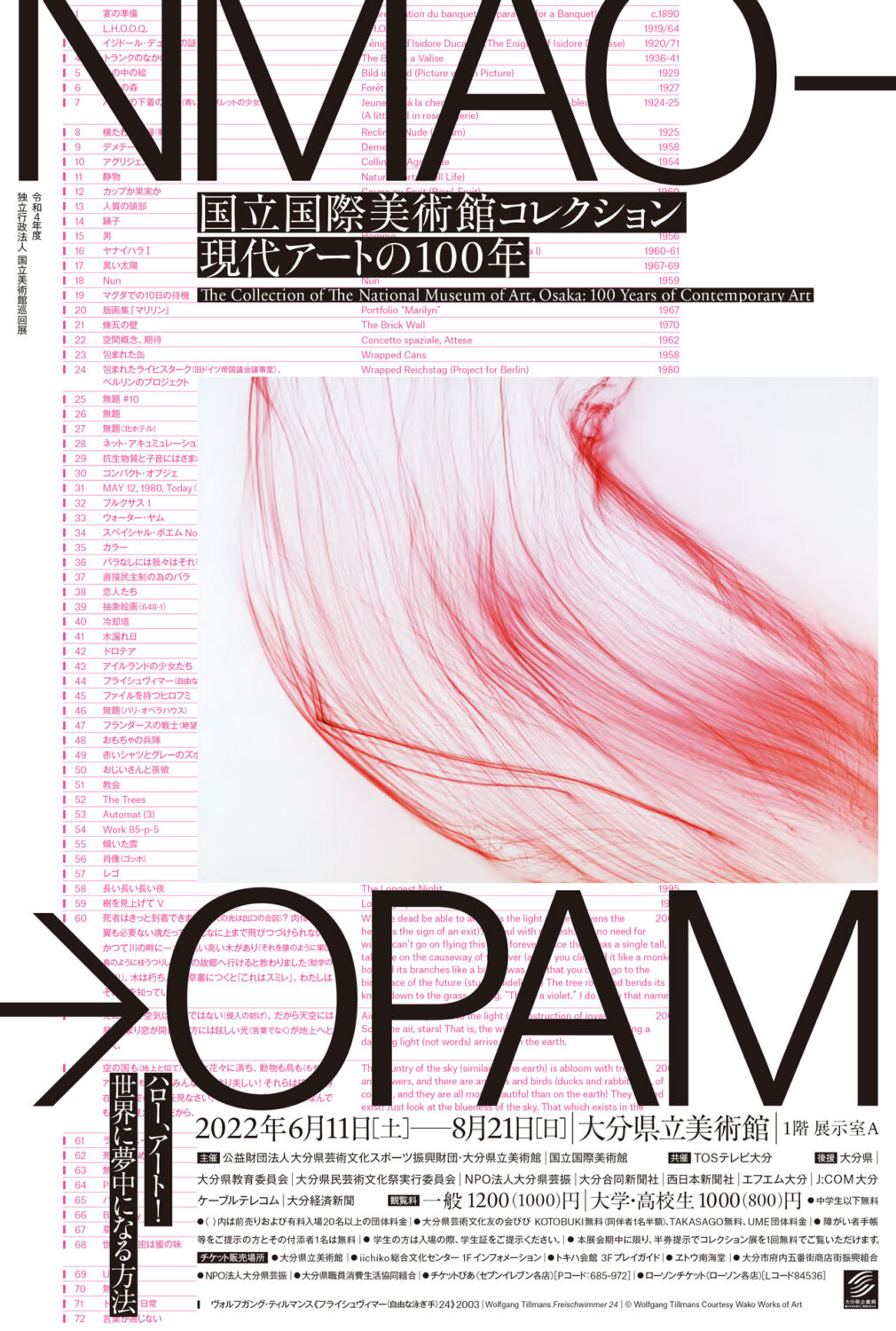